On this occasion the plan was to ski and dive for the first time the largest lake in Lapland, Lake Inari in northern Finland. For some reason, no one had ever adventured to break the ice in this remote place before. Full of tradition, history and mysteries as it is the sacred lake of the Sami, the Lapplanders who subsist in the cold now claim their rights as indigenous people, since this was also a strategic point for the German aviation during World War II

During his solo expedition, Paco immersed under the ice in three different days at different coordinates of Lake Inari, where it was never done before. Moved by he chance of diving for the first time under the sacred rock “Ukonkivi and the “cemetery island”, dated in the year 1700, he was also attracted by a historical ingredient since he would be the first explorer to search for a submerged German World War II airport located, according to ancient maps, in the southern area of Lake Inari 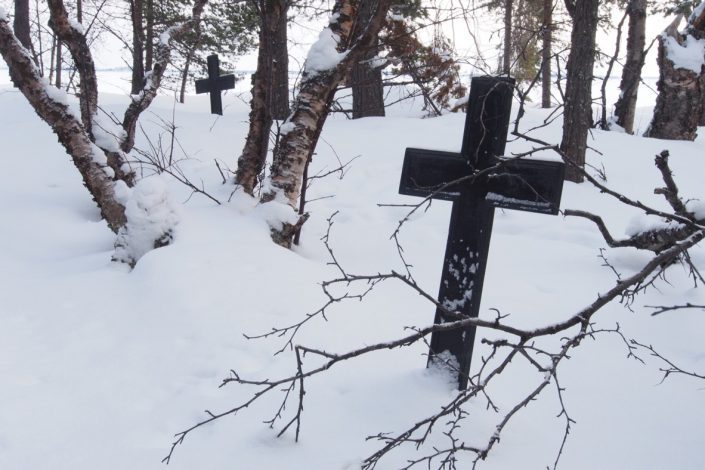 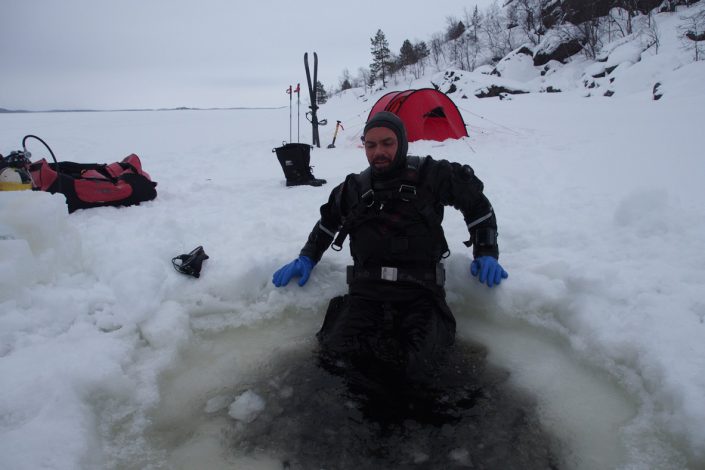 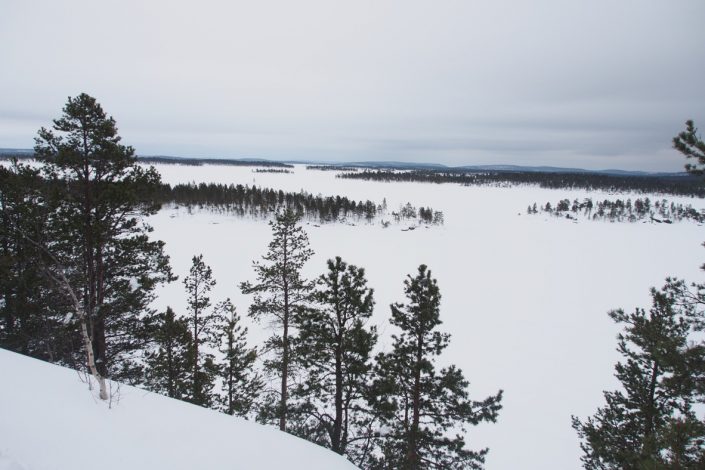 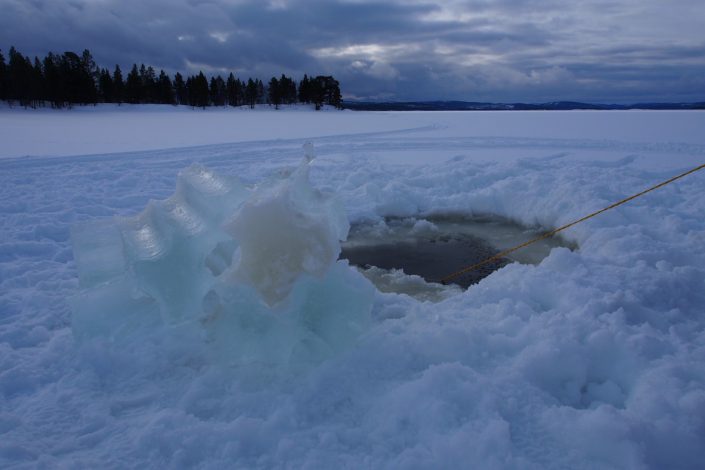 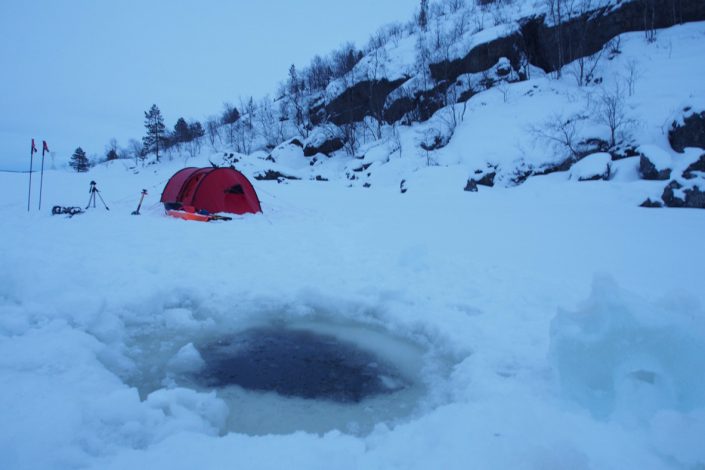 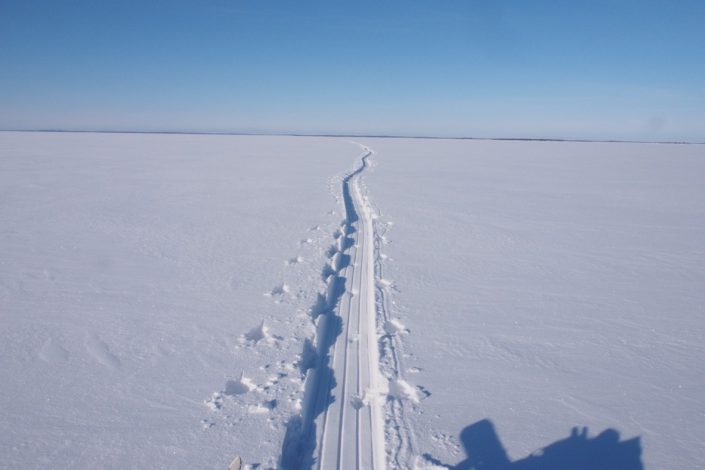 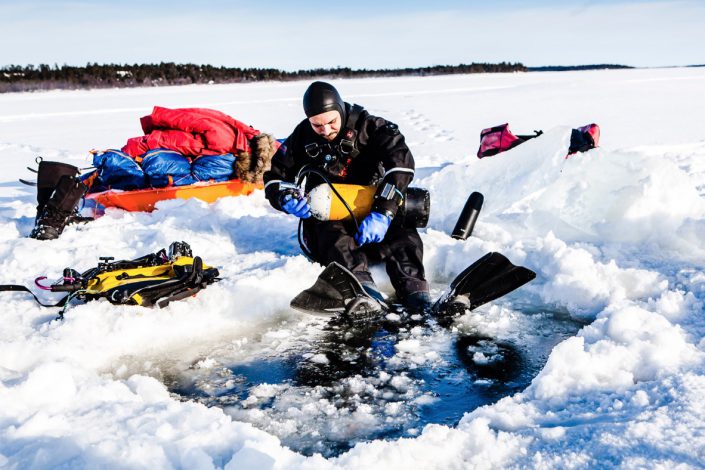 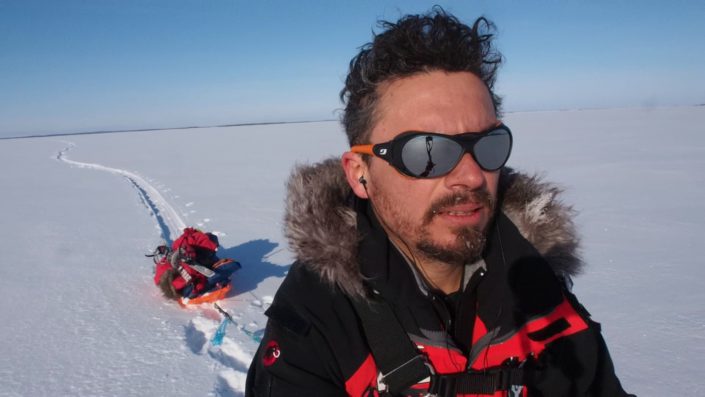 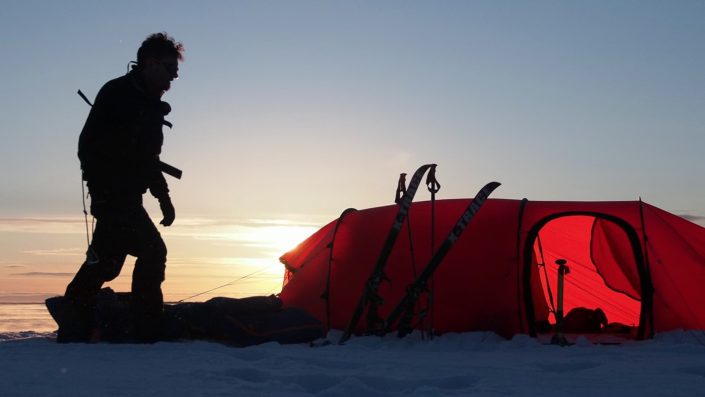 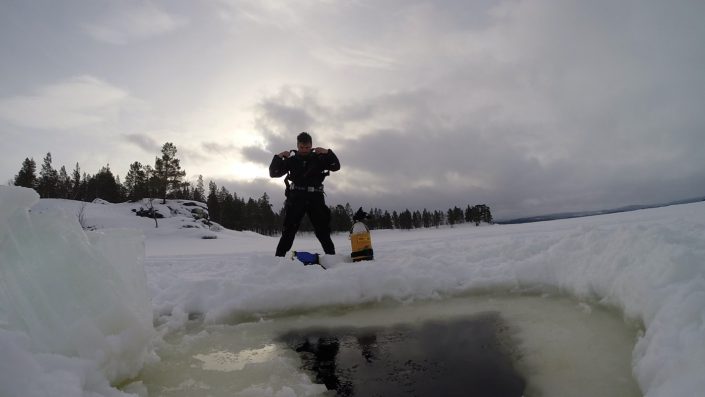 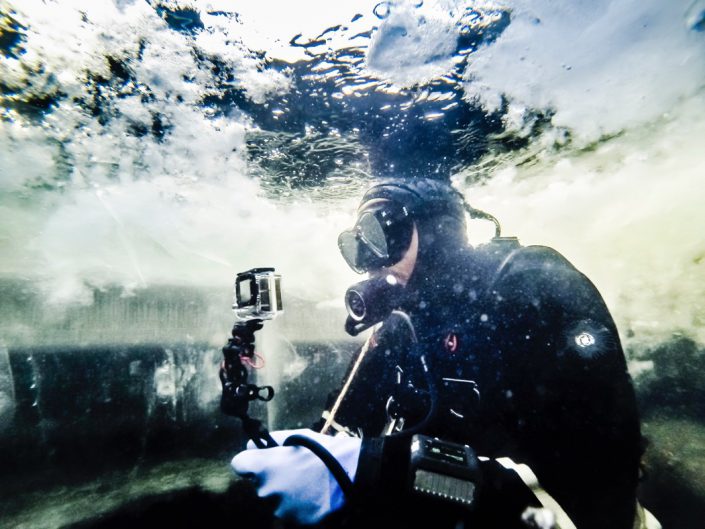 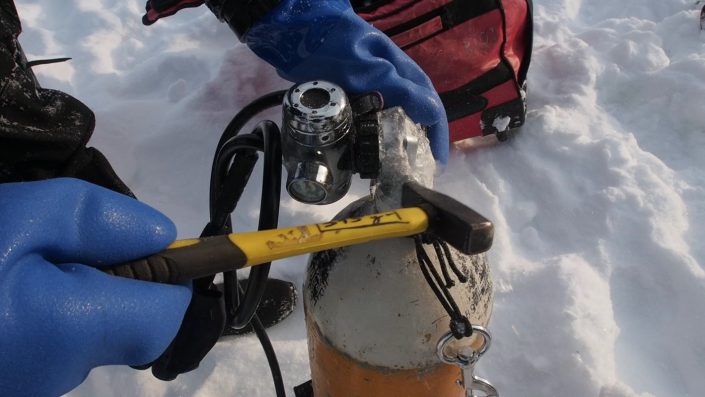